This is a must have for any rider who travels, bar none!

Thanks to its ingenious design, the rider can lock the throttle simply by a ¼ turn of the lever, providing nearly double the vertical action when compared to the stock star wheel..

Made from aircraft grade materials, durability is a cut above the rest.

Thanks to the cleverly designed spring loaded spline, adjustments can be made on the fly.

Cruise-Mate is a mechanical throttle friction device, it does not release when applying the brakes, it needs to turned on and off manually, however you can still operate throttle with Cruise-Mate set.

Note if Using 1/4 turn throttle rings by Lloydz we have a different model Available to adjust for the rings. 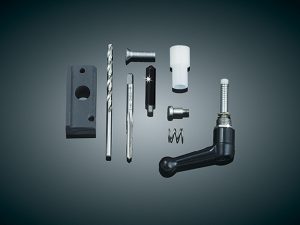 Customer Review:This was the first time I ever drilled and used a tap. It turned out great though, no issue. I will say just about anyone can install this. I used a 1/4” drill bit and a 3/8 20 tap I believe. The threads don’t even have to be prefect since the piece you screw in stays in.
Throttle Cruise Control Assist Cruise-Mate 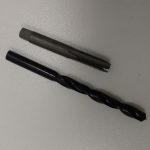 Free shipping over $200 in the United States Dismiss