IF YOUR LIKE ME AND WANT A HIGH END MOUNT THATS ADJUSTABLE AND DOES NOT LOOK LIKE A UNIVERSAL MOUNT THIS IS THE ONE!

INSTALLED ON MY PERCH AND HANDLED MY LARGE SCREEN DROID PHONE WITH NO ISSUES.

WORKS WITH THE FAT HANDLEBARS SUCH AS MEAT HOOKS, MAYHEM BARS AND MONKEY BARS.

NOTE: Not for use with Samsung Galaxy S4 phones.

Klock Werks has designed easy to install, motorcycle model specific mounts that incorporate the iO mounts™ system! You simply install the mount to your bike with included hardware, attach the razor-thin iO adapt stainless steel adapter to your device, and instantly connect to the powerful iO core magnetic carrier. No special case needed!

It’s a simple, secure, universal system, and when you’re done riding, remove your device and connect seamlessly to other Klock Werks powered by iO mounts™ products, including device mounts for your quad, dirt bike, car, home, office and more! Enjoy infinite rotational adjustment, sleek modern design, and it’s forward compatible. If you upgrade to a new phone or GPS, you don’t have to buy a new mounting system! Plus you can purchase additional iO adapt disks to use multiple devices on the same mount. It is the best device mounting system on the market

Klock Werks offers multiple motorcycle-specific device mount styles. Each package comes with two iO adapts (a razor-thin, unobtrusive steel disk that adheres to the device), one magnetic iO core, two iO skins (this makes it easier to remove the stainless steel iO adapt from your device), one Kustom Semisphere Mount, and hardware. Directions for placement are included in box.

IO Mount Breakdown Phone not included shown to explain how they mount. Picture of mount is not the exact one for a Victory see picture below for the exact one as the Victory mount makes a 90 degree angle to fit under the perch mount 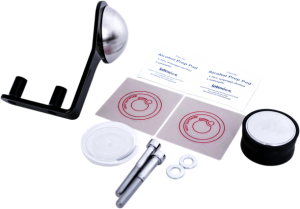 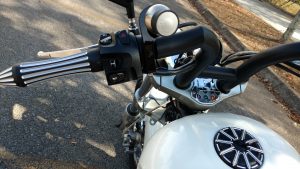 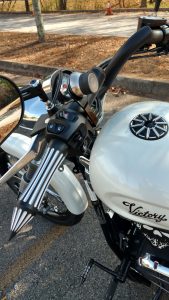 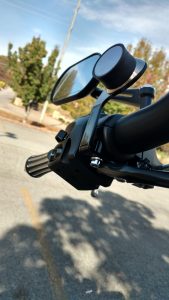 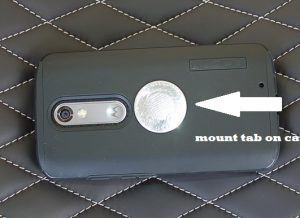 Shown in Mounting Tab Installed on my phone. I put it on my case but can be put on the phone. Make sure to use the included IO skin included or it is mounted permanently to phone case 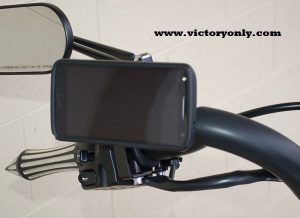 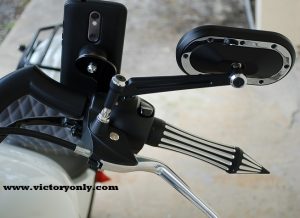 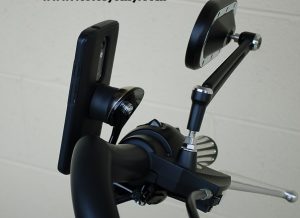