Engine Cover Skull and Bones These new Chromed Billet Engine covers will give your Victory a custom look. The Inlay version has a beautifully laser cut steel powder coated and chromed inlayed artwork. The MIA version is shown, others available. 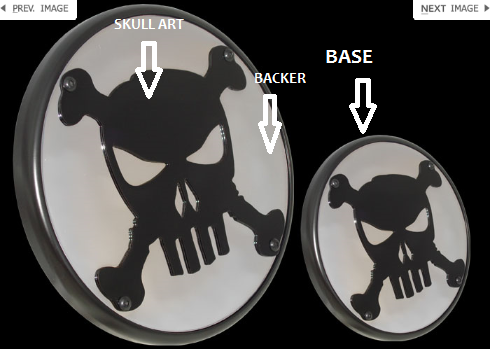 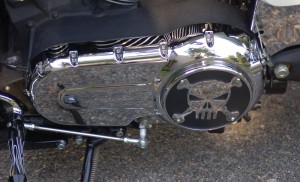 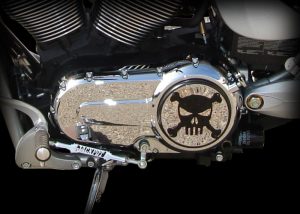 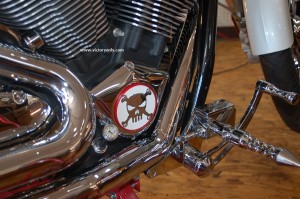 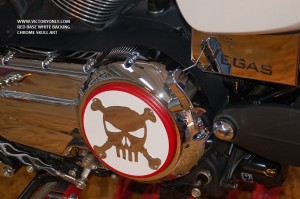 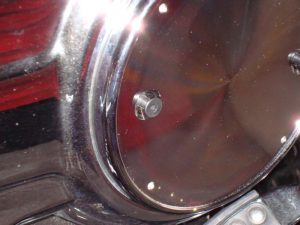 3) Install Black Backing Plate and line up 4 holes to holes in back plate. ( a dab of grease will hold it in place) 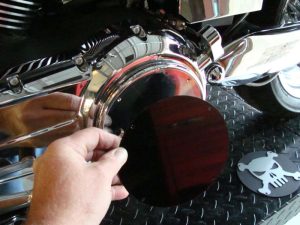 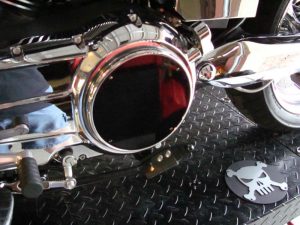 4) Install Design plate this is the Skull and Cross Bones design. ( install 1 of the 4MM screws to hold it inplace) 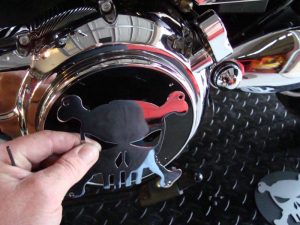 5) Using a little Blue Loctite install the other 3 screws and tighten, remove first screw and apply Loctite re install and tighten. 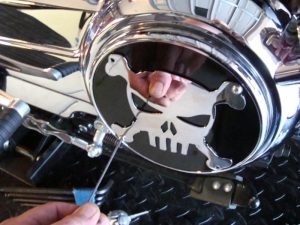 6) Clean it up with a soft cloth and some good chrome wax and it should look like this: